Here’s a reminder that the best dramas aren’t sweeping epics, but rather the tiny, quiet moments that make up a life. 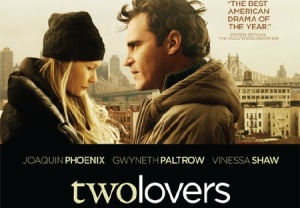 Broken and suicidal, Leonard lives with his immigrant parents (strong>Moni Moshonov and an unrecognizable Isabella Rossellini) in their apartment in Brighton Beach, Brooklyn. Early on, he claims the living situation is only temporary. But one very quickly gets the sense that, for poor, lost Leonard, that it may be impossible to escape the cosseted embrace of his Jewish parents.

In quick succession, Leonard meets Sandra Cohen (Vinessa Shaw), the dark-eyed, beautiful — and ultimately safe — daughter of his father’s business associate, and Michelle Rausch (Gwyneth Paltrow), a blonde free-spirit who’s just as damaged in her own way as Leonard.

Leonard embarks in relationships with both women. The coupling with Sandra is warm and loving. They meet on what amounts to a blind date, and she’s revealed to be the sort of girl that most men hope they’ll end up marrying.

Leonard is slower to convert his friendship with Michelle into a relationship — she’s involved with a married man. And there’s a palpable distance between her and real life that quickly indicates that she’s unattainable.

Often shot in low-light and at low volume, the screenplay by writers James Gray and Ric Minello throws into sharp relief the countless life decisions that face most people all the time. For one, do we live the life we think our parents want us to lead, or do we break free and try for the life we think we should have?

Menello and Gray reportedly based their screenplay on the Dostoevsky short story “White Nights,” and the parallels quickly show.

Set during a seemingly lifeless New York winter, Phoenix wears Leonard as if he has the weight of the entire world pressing down upon him. Every look is baleful and every movement is an effort. Relief comes through Paltrow, ethereal and blonde, and Phoenix’s character shows unexpected reserves of strength as he nurses her through the inevitable heartbreak of loving someone you can’t have.

Rossellini, as Leonard’s mother, is a revelation. Gone is the darkly mysterious glamor girl of “Blue Velvet.” In her place is a worried mother, her brow perpetually creased in concern for her lost, haunted son, as she wonders whether he’ll ever find real happiness. Moni Moshonov, as Leonard’s father, is the loving, but tough, Jewish dad. He wants his son to follow in his footsteps, and seems mystified by Leonard’s failure to follow the trail he’s so clearly set for him.

Though Paltrow brings great delicacy to her role, sadly, it’s the scenes between Leonard and Michelle where the film seemingly drags. It’s clear from the outset that the relationship between the two of them is doomed. Both are too trapped by their circumstances.

There’s a surprise twist at the end, where it appears that Leonard will take the easy way out of his situation. But the decision he makes on a darkened shoreline is the choice that confronts us all — do we let go of fantasy and accept life or do we let a bad decision swallow us whole?

I'm an award-winning journalist in Harrisburg, Pa. I also run and cook all the things.
View all posts by jlmicek →
This entry was posted in drama, Uncategorized. Bookmark the permalink.