As you might expect, what with a major hurricane slamming into the East Coast, 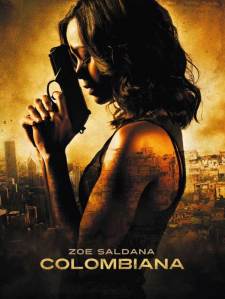 this weekend’s box office take was a touch on the sluggish side.

“The Help” stayed atop the box office heap, while “Colombiana” and “Don’t Be Afraid of the Dark,” opened with respectable numbers, despite some lukewarm reviews. Here’s the weekend, by the numbers:

Meanwhile, The New York Times reports on a new website that’s looking for your memories of your favorite movie house. 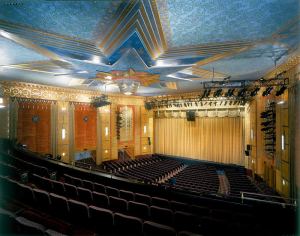 The site, Cinema Treasures, bills itself as “building the world’s largest guide to movie theaters.”

The site boasts a growing collection of photos of theaters across the country and a recent blog entry recollects the departed “Jerry Lewis” chain of theaters of the 1970s. A theater near where I grew up in Connecticut was a Jerry Lewis theater. I never could figure out the connection to the famed screen comedian.

Here’s the nut graf from the NYT piece:

“Rediscovering an old theater can be cathartic, particularly if you once spent a lot of time in the dark, imagining new futures. “You’re there for two hours, and maybe it’s a comedy, or it’s something inspiring, but it changes you in a way,” said Patrick Crowley, a founder of the site. “A lot of times theaters are just torn down unceremoniously, but people — lots of people — sat and dreamed in these spaces.”

Mr. Crowley, 37, a Web designer in San Diego, and Ross Melnick, 35, an author and assistant professor of English and cinema studies at Oakland University in Rochester, Mich., met in New York in 1999, when both were working in the tech industry. They began Cinema Treasures in late 2000 as a way to preserve and celebrate what they saw as sacred space. “I remember being 10 or 12 and going across town to see the movie ‘Big’ for the first time,” Mr. Crowley recalled in a phone interview. “The theater was pretty unremarkable, a run-down twin screen in South Carolina somewhere. But I have this very distinct memory of going home from the theater and sitting in the back of the station wagon just glowing from the experience.”

One of my earliest — and fondest — cinema memories involves the old Warner Theater in Torrington, Conn.

It was a glorious old movie house, dating to 1931, with a balcony, a thick red curtain around the screen and, as I recall, ornate scrollwork on the walls. There was a sense of occasion about seeing a movie there, one that you didn’t get by venturing into those windowless concrete boxes that popped up like weeds across the American landscape.

If I remember correctly, the first movie I saw at the Warner was the original Christopher Reeve “Superman” from 1978 and the last movie I saw there was the atrocious “Moonraker,” which, even as an 8-year-old, I knew was an attempt to cash in on the success of “Star Wars.”

The Warner was on its last legs by then, and would shortly close, reopening several years later as a repertory theater, hosting revivals of classic musicals and the occasional touring act. A search of the Web reveals that it’s still open. And the Indigo Girls will be playing there next month.

I'm an award-winning journalist in Harrisburg, Pa. I also run and cook all the things.
View all posts by jlmicek →
This entry was posted in Box Office Tallies, Film News, Thinking About Movies and tagged Cinema Treasures, Colombiana, Crazy Stupid Love, Don't be Afraid of the Dark, Fright Night, Our Idiot Brother, Rise of the Planet of the Apes, Spy Kids, The Help, The Smurfs, Zoe Saldana. Bookmark the permalink.