From SpoilerTV, here’s the run-down on the Chris Hemsworth-starring (Thor, Avengers) horror flick:

“Well, the movie is co-written by Joss Whedon (The Avengers) and Drew Goddard (Cloverfield) with Goddard directing the film. The Cabin in the Woods stars Chris Hemsworth as a young professional who visits a quaint cabin in the woods with a group of friends and ends up scratching the surface of something so massive and horrific that they can only begin to fathom it as time quickly runs out.” 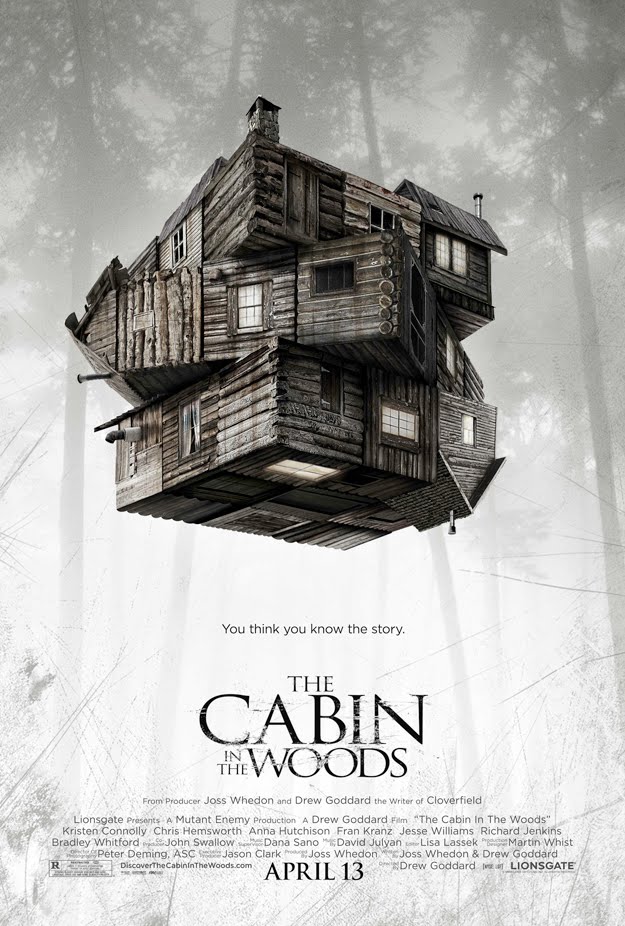 I'm an award-winning journalist in Harrisburg, Pa. I also run and cook all the things.
View all posts by jlmicek →
This entry was posted in Film News, Horror and tagged Chris Hemsworth, Joss Whedon, Poster, The Cabin in the Woods. Bookmark the permalink.