To Be A Dad: What Hollywood Gets Wrong (And Occasionally Right) About Fatherhood. 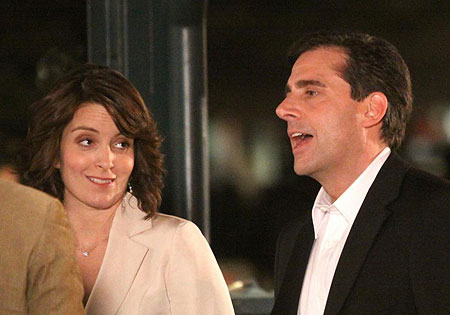 Where Have All The Good Dads Gone?

This question occurred to me as my wife and I sat down the other night to watch the Farrelly Brothers’ 2011 comedy “Hall Pass.”

If you haven’t seen it, the movie covers the adventures of Rick (Owen Wilson) and Fred (Jason Sudeikis) a couple of stereotypically lunkheaded suburban fathers who (in addition to living the expected lives of quiet desperation) aren’t nearly as studly as they think they are. As is the case with the protagonists in most Farrelly films, they’re trying their best to be decent husbands and providers, but they’re still teenagers locked in the bodies of 40-something males. This means, at least in the case of Sudeikis, regularly rubbing one out in the family minivan.

In short, their wives, played here by Jenna Fischer and Christina Applegate, grant them a “hall pass,” a week off from marriage to do anything they want. Confronted with this freedom, they fail utterly to get off with the opposite sex and learn (by the closing credits, natch) that their place is with their wives and children.

There’s a few funny moments between Wilson, who seems to play variations on the same likable doofus he plays in every movie, and the drop-dead gorgeous Nicky Whelan, a barista at the local coffee shop and the object of Rick’s most base fantasies. A particular favorite for me comes when Wilson’s character tells off Whelan’s hipper-than-thou coworker at the coffee shop. 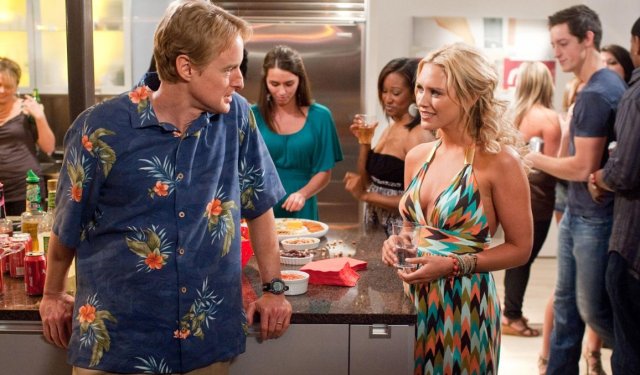 Sudeikis, a solid feature player from Saturday Night Live, fulfills the role of bawdy sidekick, tempting the far more square Rick down the primrose path. I’ll let you watch the movie to figure out the definition of “Fake Chow” — a new one for me, by the way.

There’s absolutely nothing surprising about the movie.  And you can see the ending coming from a mile away. This didn’t take away from my enjoyment, necessarily, but it got me to wondering why Hollywood consistently shoehorns fathers into one of three or four convenient boxes.

As I noted above, there’s the perpetual manchild:

The Bumbling Doofus: (as envisioned by Chevy Chase, the ur-Progenitor for every bumbling Dad to come after):

The “I’m Trapped In Suburbia And Slowly Dying Inside” Dad:

If you watch TV, then you know all about the “Schlub with the Impossibly Hot Wife” Dad:

And, of course, the “You Messed With My Family, Now I’ll Crush You” Dad:

Taken together, all those clips just begin to suggest the experience of what it’s like to be a father in the 21st Century. As the father of a six-year-old girl, I try to project best image I can for my daughter: Stern, but fair. A teacher. A guardian. A friend when the occasion demands it. Someone who cooks. Someone who laughs. Someone who plays with her.

But considered separately, those clips offer an awfully one-dimensional portrayal of fatherhood and modern married coupledom. And this depresses the hell out of me.

Putting aside the spy caper premise of the movie, the best moments come in the slyly observed interactions between husband and wife in Josh Klausner’s script. As with any couple, Fey and Carrell have developed their own emotional shorthand and vocabulary of inside jokes.

In a restaurant, for instance, they fill in the imagined conversations of their fellow diners. Over dessert, they run through their packed schedules, reminding the rest of us that the tiny moments between spouses not occupied by appointments or parenting commitments, have to be grabbed and cherished when they come along.

Underneath it all, it’s clear that they’re still very much in love with each other, that they’re adults in an adult relationship. Still,  they’re looking for a way to keep things fresh and new — which is the biggest challenge of any long-lived marriage. In lesser hands, “Date Night” might have turned into another “Hall Pass.” Fortunately, Fey and Carrell are far too funny and intelligent to allow that to happen.

And it would be nice — at least once in a while — if Hollywood remembered that its audiences are also funny and intelligent and demand a bit more than the one-dimensional portrayals they’re being handed on what’s become a depressingly regular basis.