Jennifer Lawrence: Katniss is a “futuristic Joan of Arc.” 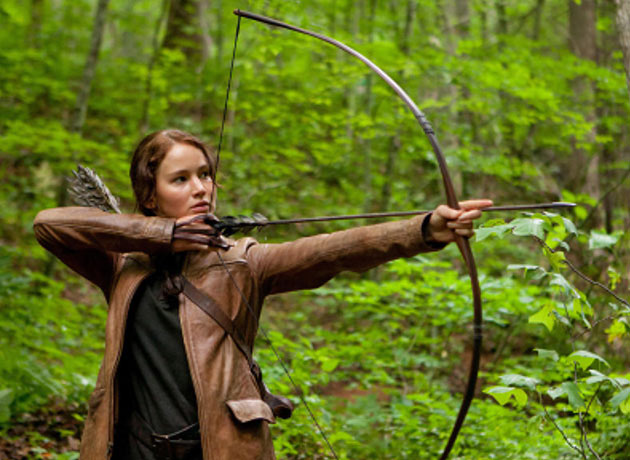 Speaking to The Guardian, “The Hunger Games” starlet  has a few words about her turn as the lead in the big screen version of author Suzanne Collins’ wildly successful YA series. The movie opens stateside on March 23.

“Lawrence plays resourceful heroine Katniss Everdeen, who volunteers as a tribute in order to spare her younger sister Prim. Hailing from Panem’s impoverished District 12, Katniss isn’t expected to last long in the arena, but her prodigious hunting skills, developed during an adolescence spent fending for her family, and her grim-faced determination to survive prove invaluable. “She’s a warrior,” is Lawrence’s more succinct take on the character. “She’s this hero that doesn’t mean to be a hero. She’s a symbol of revolt, and freedom, and hope … a futuristic Joan of Arc.”