The 50 Most Expensive Movies Ever Made. 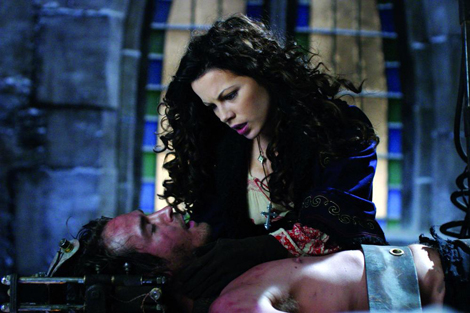 Happy Sunday, everyone. Hopefully it’s sunny wherever you are. Here in our little corner of the U.S.A., it’s gray and rainy. But never fear, there’s plenty of stuff going on in the film world to keep track of.

TotalFilm, for instance, counts down the 50 Most Expensive Movies Ever Made. They’re not necessarily the best ever made, and, it seems sometimes the quality of the movie is inversely proportional to its actual worth.

Clocking in at No. 49, for instance, is the $170 million, Hugh Jackman-starring horror flick Van Helsing, which was not made any better by the presence of the comely Kate Beckinsale.

“Crowbarring a whole host of famous monsters into the one movie was always going to set Universal back a few bob, and so it was with Van Helsing. What they hadn’t bargained for was the relatively modest return of $300 million. A profit, yes, but nothing to shout about in blockbuster terms. And as for the film itself? Well, let’s just say we won’t be revisiting it any time soon.”

I'm an award-winning journalist in Harrisburg, Pa. I also run and cook all the things.
View all posts by jlmicek →
This entry was posted in Film News, Horror, Listomania and tagged Film Lists, Hugh Jackman, Kate Beckinsale, The 50 Most Expensive Movies ever made, TotalFilm, Van Helsing. Bookmark the permalink.