New trailer, preview poster for “The Perks of Being a Wallflower.” 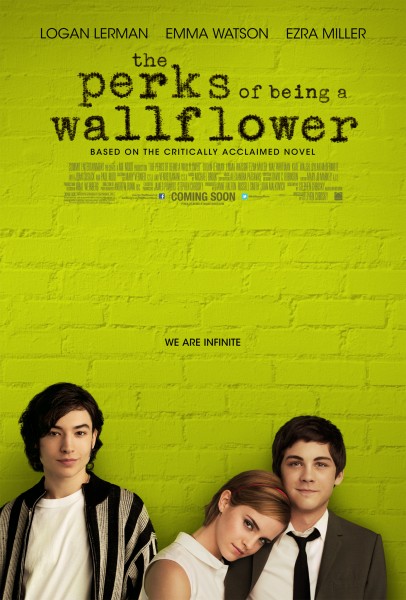 “A funny and touching adventure based on a best-selling novel that has sold over a million copies in the U.S. and has been published in 16 countries and 13 languages, THE PERKS OF BEING A WALLFLOWER is a modern classic about a shy, sensitive teenager caught between trying to live his life and escape it.”

And here’s the trailer: