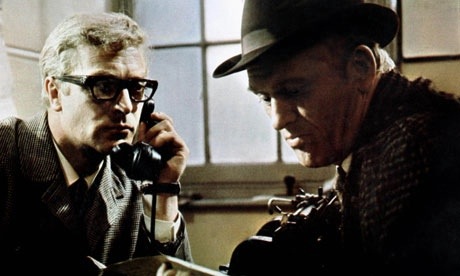 The Observer Of London …
… has a great look this morning at the resurgence of activity in England’s legendary Pinewood Studios on the occasion of its 75th birthday.

If the name sounds familiar to American ears, that’s probably because most of the James Bond franchise was filmed there, as were some of the “Star Wars” movies.

In fact, as it turns out, director Sam Mendes has just started shooting the 23rd installment of the adventures of the British super-spy, with Daniel Craig once again donning the tux and Walther PPK. It’s said to be Craig’s last turn as Bond and speculation is fast and furious on who will replace him. As I noted here yesterday, English actor Idris Elba has said he wouldn’t mind playing Bond.

Also shooting at Pinewood is the live-action reimagining of the Snow White tale “Snow White and the Huntsman,” with Kristen Stewart as the princess and Charlize Theron as the evil queen.

Here’s the nut graf from The Observer’s story:

Grade feels it may answer criticisms that Pinewood and its sister in Shepperton are both now so successful it is hard for smaller-scale British films to get a look in. “Well, we are not going to keep one stage open here for small British films then turn away a huge Hollywood blockbuster. British films have to queue up like anyone else. But we have started investing in British film. We are putting something back,” he said.

The Snow White set on the North Lot is right next to the block known as Stage 007, a name that gives one of many nods to the studios’ close association with the James Bond films. Around the corner is a road named after Cubby Broccoli, the late producer of the franchise, while the main spine running through the complex is called Goldfinger Avenue. This weekend the Bond connection is closer than usual, because, although there has been no official announcement, Sam Mendes, has begun filming Bond 23 on site.

“I can’t believe we are on number 23,” says Grade. “As a young man for me the new Bond was the hot date film and it is still the same.”