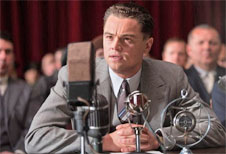 That’s the rather provocative question posed by The Independent of London today as it previews Eastwood’s upcoming biopic “J.Edgar” which stars Leonardo DiCaprio in the title role.

The newspaper reports that the film has prompted unease in America’s top law enforcement agency because of “growing signs that the film will focus intently on suggestions that its supposedly conservative subject was in fact a closet gay.”

As ever, here’s the nut graf:

“Behind the scenes, the forthcoming film appears to be the subject of growing controversy among the FBI rank and file. “There is no basis in fact for such a portrayal of Mr Hoover,” William Branon, chairman of the J Edgar Hoover Foundation, is reported to have written in a letter to Eastwood: “It would be a grave injustice and monumental distortion to proceed with such a depiction, based on a completely unfounded and spurious assertion.”

The Society of Former Special Agents of the FBI fired off a similar letter, according to USA Today, which first reported the controversy. That note said a “rumoured kissing scene”, involving the actors portraying Hoover and Tolson, had “caused us to reassess our tacit approval of your film”.

Eastwood replied in a joint letter with his producer Robert Lorenz. He said their film would give no “credence to cross-dressing allegations” and would not suggest that they were involved in an “open homosexual relationship”.

However, it did not address the issue of whether the film would portray a closet homosexual relationship.”

The movie also stars Judi Dench and Naomi Watts and is set to be released next month.

I'm an award-winning journalist in Harrisburg, Pa. I also run and cook all the things.
View all posts by jlmicek →
This entry was posted in Biopic, Film News, Our Films, Ourselves and tagged Clint Eastwood, J. Edgar Hoover, J. Edgar movie, Judi Dench, Leonardo DiCaprio, Naomi Watts, The Red Scare. Bookmark the permalink.