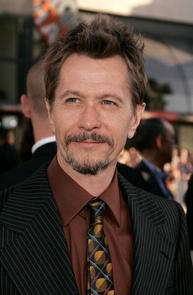 The Veteran English Actor …
… has joined the live-action adaptation of the legendary Japanese dystopic anime flick.

ComicBookMovie has the story:

“The advance accolades for Gary Oldman’s work in Tinker Tailor Soldier Spy has put the actor in high demand. He’s Warner Bros’ choice not only to play the role of The Colonel in Akira (Garrett Hedlund will star in one of the two leads in the Jaume Collet-Serra-directed film), but also to play Merlin in Arthur & Lancelot, which David Dobkin will direct from his own script.

Oldman was “in high demand” long before his performance in Tinker Taylor but whatever. Deadline also seem fairly certain that Hedlund will play as either Tetsuo or Kaneda. If Oldman does sign on it will certainly lend this movie a lot of credibility. If however he does not it might be a good indication of the quality (or lack thereof) of the script. We can also assume from this that Twitch were spot on with the offer to Helena Bonham Carter to play Lady Miyako. ”