Poor DC Comics. If only the company that gave the world such iconic figures as Superman, Batman and Wonder Woman could produce performances as lifelike from the flesh-and-blood actors who populate their summertime tent-pole franchises as the performers who give voice to its increasingly impressive stable of straight-to-DVD animated movies.

While the suits at Marvel cleaned up at the box office this summer with mega-hits such as “X-Men: First Class,” “Captain America,” and even “Thor,” DC fans made do with the hit-or-miss “Green Lantern” (which slotted nicely into a line of failed efforts that included the hideous “Jonah Hex” and the so-bad-it-might-be-good “Catwoman.”).

The hardcore DC faithful will have to wait until next year for the final installment of Christopher Nolan’s consistently brilliant “Dark Knight” saga. And fans are likely holding their breath for the “Superman” reboot directed by Zack Snyder.

DC’s scattershot record at the cineplex is all the more inexplicable for the consistent success of its straight-to-DVD animated features, which have all the components so often missing from the swing-and-a-miss attempts at franchises. There’s strong writing, consistent pacing, a respect for the source material and characters that are realistic and believable — even if they inhabit just two dimensions instead of the standard three. 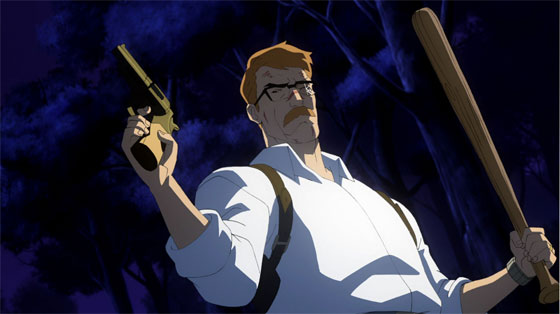 Adapted from now-iconic 1987 comic book series written by Frank Miller and illustrated by David Mazzucchelli, “Year One” traces the first steps of billionaire Bruce Wayne and cop Jim Gordon as each arrives in the decrepit and corrupt Gotham City to fight crime in their own way. It’s the classic “Batman” origin story, but with a noir-ish twist.

The path that each man travels to get them to a place where they form one of the most enduring partnerships in all of literature lies at the heart of this tautly paced feature, which faithfully recreates the simple lines and stark shadows of the Miller/Mazzuchelli original.

For Wayne, it’s finding a way to convert a largely empty, revenge-driven vessel into the implacable vigilante the world will eventually know as “Batman.” For Gordon, a Chicago cop looking for a second chance, it’s preserving his humanity and fighting crime — both on the streets and within a police department that’s rotten to its very core.

At times “Year One,” seems more Gordon’s story than it does Batman’s. The costumed vigilante doesn’t make his formal bow until the end of the film’s first act, and only then in shadow. Voiced convincingly by Bryan Cranston (Breaking Bad), he’s a decent guy with a baby on the way, who’s trying to do the best he can — even when he eventually loses his way.

Some of the film’s best scenes, in fact, come early in the movie when Gordon must prove his worth against a squadron of rogue cops, led by the thuggish (and evocatively named) Flass.  Gordon earns his stripes in a confrontation in a snowy field, where he gives Flass a baseball bat because he feels the former Green Beret should be able to face him on even terms. 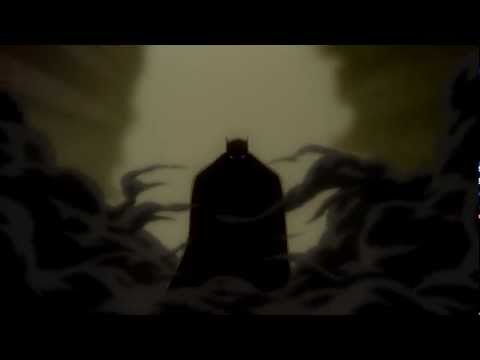 Longtime Bat-fans, meanwhile, may be jarred by the absence of Kevin Conroy, who’s given small-screen voice to Batman’s animated alter ego ever since “Batman: The Animated Series” back in 1992. Actor Ben McKenzie (Southland, The O.C.) injects the requisite amount of menace. But his performance, at times, seems flat and affectless. The mix of warmth and Conroy brought to the character is missed. On the other hand, it also works. This is a character, after all, who is just beginning to find his way.

The arid flatness in McKenzie’s voice works to wonderful effect in a scene about midway through the film that finds Batman crashing a dinner party for Gotham’s elite. Setting off smoke bombs, he crashes through a massive picture window, bathed in smoke and shadow, his warning that “from this moment forward, none of you are safe,” sends chills down the spine — animated or not.

But the finest moments of the feature come in those moments of understanding when both Batman and Gordon, for reasons each uniquely their own, yet intertwined, realizes that each needs the other if they are to be successful. Watch for a moment near the end, when the orphaned Wayne does Gordon, the young father, the greatest good that one man can ever do for another.

Though “Year One” is primarily a feature intended for the converted, there are lessons here for the screenwriters and directors charged with translating DC’s tentpole characters for mainstream audiences. First and foremost, you have to have a story. If there’s no story, it doesn’t matter how much CGI you cram into each frame of film, audiences still need stories. And they need characters.

With a limited palette and just 32 pages, comics are all about plotting and characterization. Every frame, every caption is intended to move the story forward. That economy is sorely missing from most big-screen comic book adaptation, in which spectacle takes the place of plot, leaving in their place empty vessels that might sell toys and 64-ounce soft drink cups, but will leave fans unfulfilled.