First Look: Will Smith and Tommy Lee Jones in “Men in Black III” 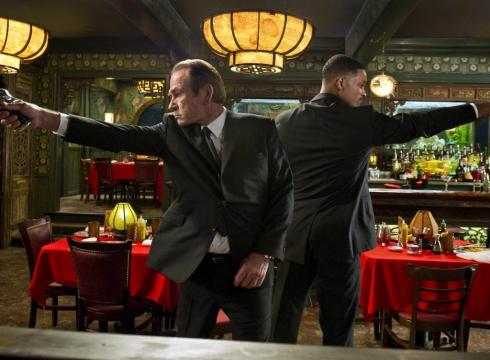 They have this to say about the eagerly anticipated (by someone) third installment in the sci-fi/comedy series:

“Just a few days ago, we got our first look at Jemaine Clement, the main villain in the upcoming sci-fi action comedy, Men in Black III, which revealed the nasty-looking alien we can look forward to seeing on the big screen this year. If the first trailer is anything to go by, it’s going to be so much fun.

The first film was released way back in 1997, and was followed five years later by the sequel in 2002. This time around, a decade has passed since the last film, but the excitement and anticipation for it hasn’t diminished whatsoever.”

It hasn’t? They saw the second movie, right?

I'm an award-winning journalist in Harrisburg, Pa. I also run and cook all the things.
View all posts by jlmicek →
This entry was posted in action, comedy, Film News, Sci-Fi and tagged Men in Black III, Tommy Lee Jones, Will Smith. Bookmark the permalink.