The Lone Ranger Starts Filming Next Month … No, Seriously.

Here’s a press release touting the (re)start of filming on the new adventures of the famous masked lawman. Johnny 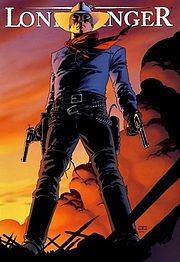 Depp stars as Tonto. Armie Hammer is in the title role.

“January 13, 2012 SANTA FE – Governor Susana Martinez and the New Mexico Film Office announced today that Walt Disney Pictures and Jerry Bruckheimer Films’ The Lone Ranger, directed by Gore Verbinski and starring Johnny Depp, will begin principal photography in New Mexico in February 2012, with production planned in and around Albuquerque, Santa Fe, Shiprock and other locations around the state through the middle of August 2012.

“The Lone Ranger is proof that New Mexico’s film industry is alive and well,” said Governor Martinez. “This administration is committed to fostering productive relationships with film studios so we can continue to offer our talented workforce and breathtaking backdrops for major productions. As we continue to build upon our reputation as a premier film production center, we are pleased to welcome The Lone Ranger to our state.”

State and local officials have been working with the Walt Disney Studios for over a year to bring the project to New Mexico.

“We couldn’t be happier to bring The Lone Ranger production to New Mexico. The state’s world-class crews, local talent and spectacular locations will be critical in helping us take this iconic story and legendary characters to new heights,” said Jerry Bruckheimer, Producer. “I’d like to thank Governor Martinez, the New Mexico Film Office, and the people of New Mexico for welcoming The Lone Ranger to your state.”

“We welcome The Lone Ranger to Albuquerque,” said Albuquerque Mayor Richard J. Berry. “We’re pleased that our local filmmakers will have job opportunities and appreciate the significant economic impact that this great film will provide to our city.”

Santa Fe Mayor David Coss stated, “I am thrilled that The Lone Ranger will be filmed here in Santa Fe and around New Mexico. Our community colleges have some of the best Film Technician training programs which put students to work; and the economic benefits that movies of this type bring to New Mexico are tremendous.”

The Lone Ranger is directed by Gore Verbinski, produced by Jerry Bruckeimer, and features an all-star cast with Johnny Depp as Tonto and Armie Hammer as John Reid, the Lone Ranger. The Lone Ranger is a thrilling action adventure infused with action and humor, in which the famed masked hero is brought to life through new eyes. Native American spirit warrior Tonto recounts the untold tales that transformed John Reid a man of the law, into a legend of justice—taking the audience on a runaway train of epic surprises and humorous friction as the two unlikely heroes must learn to work together and fight against greed and corruption.”

I'm an award-winning journalist in Harrisburg, Pa. I also run and cook all the things.
View all posts by jlmicek →
This entry was posted in action, Film News, Reboots and tagged Armie Hammer, Gore Verbinski, Johnny Depp, The Lone Ranger, The Lone Ranger remake. Bookmark the permalink.