Elizabeth Olsen Is The Real Deal. 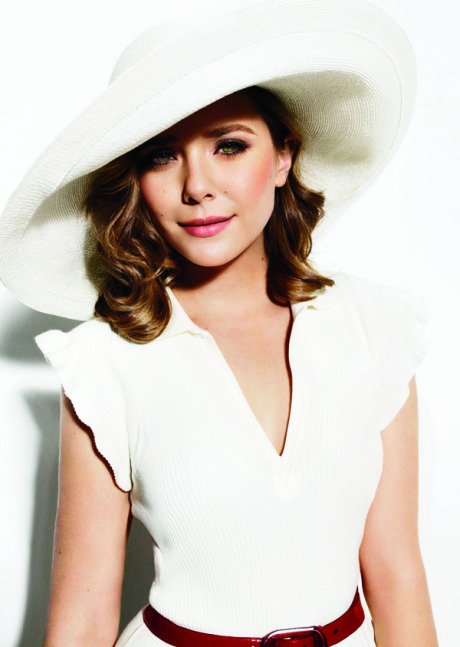 Or so says The Guardian, which profiles the youngest, and currently, coolest of the Olsen sisters:

“Growing up in LA, she saw acting as an unremarkable career option, and after school she moved to New York to study drama. Did she feel the need to distance herself from her sisters? “I felt it significantly when I was starting college. I really wanted to prove all these things, so I overcompensated.” In her second year she juggled being a full-time student with working as understudy (not a diva-ish gig). “Basically I had no social life.” What was she trying to prove? “That I’m here because I worked to be here. All those complexes.” She giggles.

Spending a term studying in Moscow helped: “When I came back I just felt more relaxed and in my skin and OK about it all. I think it comes as you get a bit older – you’re okay with who you are and where you come from. And I’m so close to my family so why would I have a complex about them? When they’re great people and good to me.”

She’d been auditioning for six months when she met writer/director Sean Durkin, who was looking for an unknown actor to star in his film debut. “I had never seen a young female character this interesting in a film,” says Olsen. They started shooting three weeks later. Durkin is part of the three-man (all under 30) Brooklyn collective Borderline Films (sensibility: Altman meets Haneke).”

I'm an award-winning journalist in Harrisburg, Pa. I also run and cook all the things.
View all posts by jlmicek →
This entry was posted in Film News, Screen Sirens and tagged Elizabeth Olsen, Martha Marcy May Marlene. Bookmark the permalink.