Via ComicBookMovie, here’s a few pix of the Johnny Depp-starring reboot of the 1960s vintage horror soap. 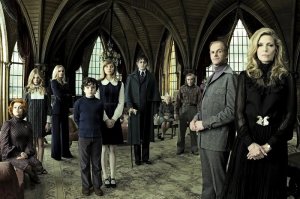 The English film mag Empire has a feature on the movie, directed by Tim Burton and set for a May 2012 release. The pix are from the magazine’s Web page.