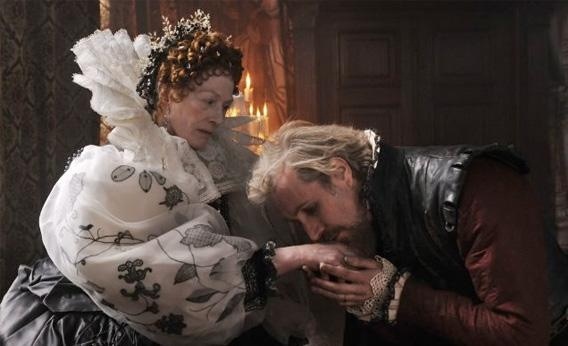 
Writing in Slate, film critic Ron Rosenbaum has a bone to pick with “Anonymous,” the Rhys Ifans– starring movie released this week that posits that the plays of William Shakespeare were written by someone else.

Those who populate the Alternative-Shakespeare industry are the literary equivalent of Cryptid hunters (Nessie, Bigfoot, Yeti, et,al.) , forever hoping that they’ll uncover definitive proof that the Bard was a fraud and that the greatest plays of western literature were written by a bored nobleman or maybe a baker from Bath who was looking for something to do while his bread was rising.

For those of you unfamiliar, the new movie, directed by Roland Emmerich, who’s best known for blowing stuff up in Independence Day or last year’s ahistorical “2012,” explores the so-called “Oxfordian” theory, which posits that the Earl of Oxford, Edward De Vere, was the real pen behind the plays.

“It’s kind of sad. They were all atwitter, the “Oxfordians,” when they when they heard that Roland Emmerich would be making this film. Emmerich, of course, is the auteur who brought us that super-distinguished film based on an equally bogus theory, 2012. “Ooh, Hollywood is paying attention to us!” the poor Oxfordians exulted.”

Indeed, the Oxfordians are so excited about their turn on the big screen that I recently have been bombarded with email missives from an Oxfordian who, just by happenstance, is also editor of Fluoride Journal. (Remember the fear that the commies were poisoning our “precious bodily fluids” with fluoride? Birds of a feather.)

Believe me, I didn’t want to see the movie, or write about it. My position has always been that what matters is what Shakespeare wrote, not who he was. That life is short and you essentially have a choice between immersing yourself in the dizzying astonishments of his language or spending that precious time spinning idiot conspiracy theories about who wrote those words. I tried to avoid the subject entirely in my book The Shakespeare Wars, which was about genuine controversies regarding the way to read and play the plays. I didn’t want to dignify the film with any coverage or comment.”</em