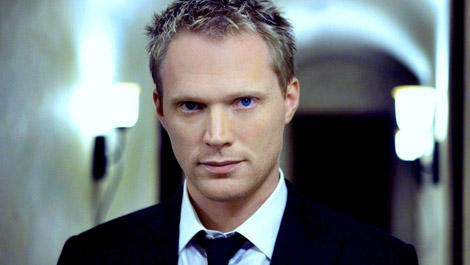 The English actor, who provides the voice of the digitized butler JARVIS in Joss Whedon’s superteam flick, dishes to TotalFilm, about, among other things, forgetting that he was in “Iron Man.”

“I forgot I was in Iron Man,” reveals the British star. “Someone said, ‘I loved you in Iron Man’. I said, ‘You’ve got me mixed up with someone else.’ I forgot I did the voice because it was only 30 minutes in a recording studio laughing my arse off!”

And as for his work on The Avengers, Bettany isn’t afraid to admit that it was the easiest money he’d ever made.

“I have no input with [The Avengers] other than spending half an hour sitting in a studio doing the voiceover,” he explains. “It’s the best job I’ve ever had. I say the lines and they pay me money.”

I'm an award-winning journalist in Harrisburg, Pa. I also run and cook all the things.
View all posts by jlmicek →
This entry was posted in action, Film News, Sci-Fi, Summer Blockbusters, Superhero Cinema and tagged Joss Whedon, Paul Bettany, Paul Bettany as the voice of JARVIS, The Avengers. Bookmark the permalink.