World War I On The Big Screen. 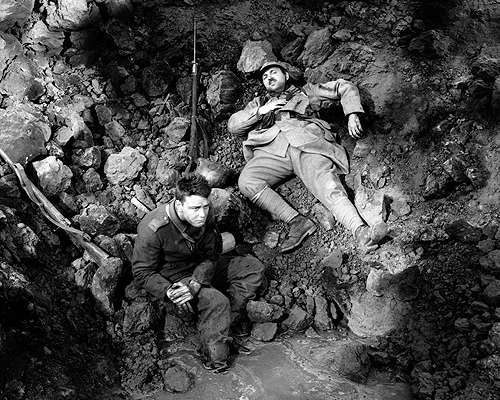 As is its custom, Brit film-mag Empire has returned with one of its periodic “Best Of” viewing guides. Today, they’re tackling Hollywood’s portrayal of World War I.

Filmed offerings of the bloody conflict that consumed nearly an entire generation of European young men include “The Four Horsemen of the Apocalypse” (1921); “”The Big Parade” (1925); “Wings” (1927) and, of course, “All Quiet on the Western Front” (1931), which is probably the best war movie ever made — hands down.

The guide is hugely instructional and it’s a reminder not to forget a conflict that, though it’s rapidly receding into history, still holds lessons for us now.

I'm an award-winning journalist in Harrisburg, Pa. I also run and cook all the things.
View all posts by jlmicek →
This entry was posted in action, Film News, Golden Age of Cinema, Hollywood and History and tagged All Quiet on the Western Front, war movies, World War I, World War I on film. Bookmark the permalink.