Is A “Death Wish” Remake In The Works? 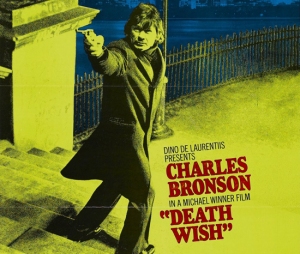 Sure looks that way.

In what may be the world’s longest Tweet, Carnahan gave his fans the skinny:

“Guys. I’m doing ‘Death Wish.’ But this version is a re-imagining of the book and set in present day Los Angeles. The L.A. of ‘Collateral.’ It’s on buses, cabs, metro trains. I want to show an unseen version of L.A. L.A. on foot. Prowling. Hunting. The vast emptiness of downtown. … Refn did a phenomenal job shooting L.A. It took on a different dimension. That’s the key. … The only role I’m writing in ‘Death Wish’ which will mark the ONE time I’ve ever written exclusively for an actor, will be for.”

I'm an award-winning journalist in Harrisburg, Pa. I also run and cook all the things.
View all posts by jlmicek →
This entry was posted in action, drama, Film News, Reboot-Itis and tagged Charles Bronson, Collateral, Death Wish Reboot, Joe Carnahan. Bookmark the permalink.