Absolute Awesomeness: Trailer For “Jurassic Shark” Gets Its Release. 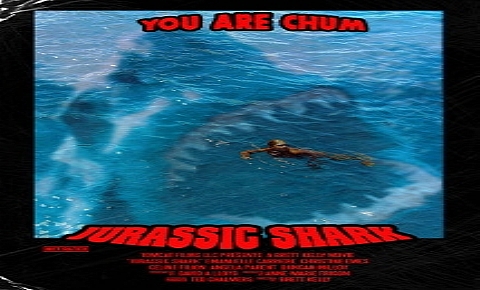 Who comes up with this stuff?

I’m not sure I care. Mostly, I care that someone took the time to write, shoot and pay for a movie called “Jurassic Shark.” I care in much the same way that someone in Hollywood once thought it would be a good idea to put 80s pop songstresses Tiffany and Debbie Gibson into a sci-fi movie featuring badly CGI’d reptiles. The cheese factor here is off the scale. I salute you, sir.

And here’s a synopsis:

“When an oil company unwittingly unleashes a prehistoric shark from its icy prison, the Jurassic killer maroons a group of art thieves and college students on an abandoned island.”

The movie is directed by Brett Kelly and stars Emanuelle Carriere, Christine Emes and Celine Filion.