Michael Bay To Direct Next Transformers Flick, Will Reboot Franchise. 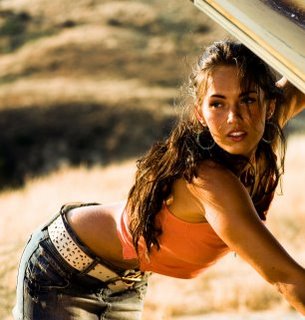 Actress Megan Fox: the only thing the "Transformers'" franchise ever had going for it.

“Michael’s going to direct it and it will be in the summer of 2014,” Bonaventura confirmed in an interview with MTV News. “He’s a cool customer, he’s excited and I think the challenge there is that we are really are going to do a reboot and what that’s going to be we don’t even know yet.”

On Jason Statham casting rumors: “No, it’s so silly. We’ve got to get a story first.”

On whether it’s a reboot: “It’s a hybrid. I’m not involved with Spider-Man, but what I perceive Spider-Man to be is a redoing of the whole thing. It’s [Transformers] not. It’s an evolution, there’s still continuity that’s going on and yet there will be a lot of new cast and whether there will be anyone from the old cast we don’t even know yet. It’s going to be a whole new story. The characters who will come along will be Optimus and Bumblebee I’m sure.”

I'm an award-winning journalist in Harrisburg, Pa. I also run and cook all the things.
View all posts by jlmicek →
This entry was posted in action, Film News, Reboot-Itis, Sci-Fi, Sequel-Itis and tagged Jason Statham, Megan Fox, Michael Bay, The Transformers, Transformers reboot. Bookmark the permalink.