In New “Avengers” Image, The Focus Is On Thor.

There’s been plenty of action in Avengers-land this week as the buzz builds towards this spring’s release of the Joss Whedon-helmed superteam flick.

So to keep the momentum going, here’s a shot of Christopher Hemsworth (Thor) and Clark Gregg (Agent Coulson) conferring seriously on something-or-another. 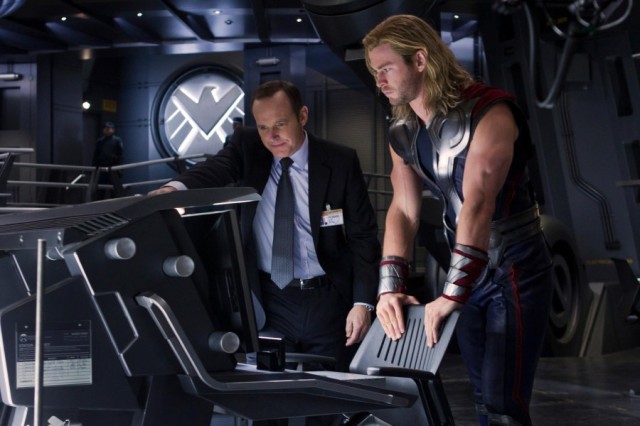 If you saw last year’s “Thor” then you probably remember that there’s a bit of a history between these two characters. It’ll be interesting to see how that shakes out.

The Avengers is released May 4.