In addition to giving the world his daughter, the comely Asia Argento, Italian film director Dario Argento is also responsible for some of the creepiest (read: best) horror films in modern cinema.

Writing in the L.A. Times’ “Hero Complex” blog, Gina McIntyre takes a look at what makes the filmmaker, who’s been called Italia’s answer to Alfred Hitchcock, tick. It’s part of a three-day tribute to Argento that kicked off on Sunday (19 Feb) and culminates Tuesday.

“On Sunday, Argento will be on hand for a late-afternoon screening of his 1977 film “Suspiria,” followed by a 25-minute preview of his project “Dracula 3D” starring Rutger Hauer. Additionally, his 1971 feature “The Cat O’ Nine Tails” and his 1996 film, “The Stendhal Syndrome,” will screen during the festival’s weeklong run, and the filmmaker is scheduled to lecture at USC on Tuesday.

That night, he will receive the festival’s lifetime achievement award at the Italian Cultural Institute of Los Angeles. Born in Rome to a filmmaker father and photographer mother, Argento was a film critic until, at age 20, he co-wrote his first screenplay with Bernardo Bertolucci, 1968′s “Once Upon a Time in the West.” He transitioned to directing with “The Bird with the Crystal Plumage” and went on to build a reputation for his violent, masterful Giallo films, pulpy horror mysteries that depicted their grim subject matter with unflinching flair.” 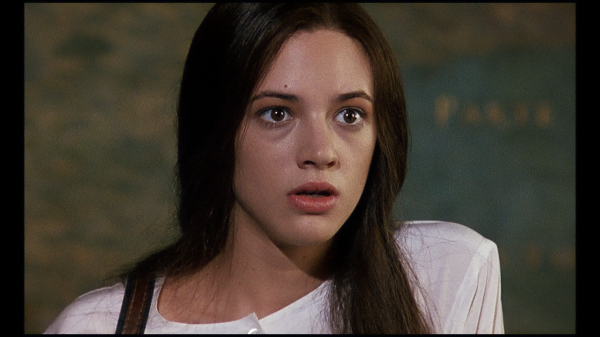 I'm an award-winning journalist in Harrisburg, Pa. I also run and cook all the things.
View all posts by jlmicek →
This entry was posted in Film News, Horror, Thinking About Movies and tagged Asia Argento, Dario Argento, horror movies, Troma Entertainment. Bookmark the permalink.