Again, we know someone must be looking forward to this Will Smith-starring reboot of the sci-fi/comedy franchise about a top-secret government agency that deals with rogue aliens.

It’s a shot of Smith and Josh Brolin, who stars as a younger version of Agent K, a role originated by Tommy Lee Jones. 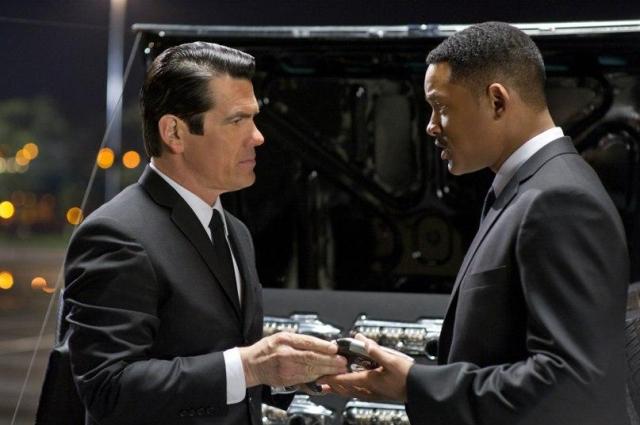 I'm an award-winning journalist in Harrisburg, Pa. I also run and cook all the things.
View all posts by jlmicek →
This entry was posted in comedy, Film News, Sci-Fi, Sequel-Itis and tagged Josh Brolin, Men in Black 3, MiB 3, Tommy Lee Jones, Will Smith. Bookmark the permalink.