Once again, via HeyUGuys, here’s the first batch of set photos from director J.J. Abrams’ sequel to his reboot of the Star Trek franchise.

The first photos show Quinto and Cumberbatch duking it out, with Saldana joining in the fun. 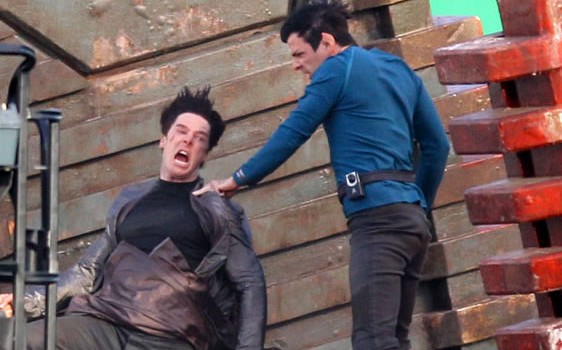