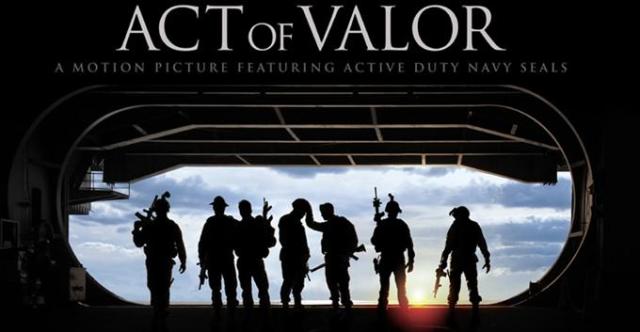 It took an act of valor, or, more appropriately “Act of Valor,” to get filmgoers into the multiplex this weekend. The Navy Seal cinema-verite flick led the weekend. Courtesy of BoxOfficeMojo, here’s the numbers:

The New York Times profiles nonagenarian actress Connie Wald, whose Beverly Hills home, during the Golden Age of Hollywood was a required stop. The story is a charming tale of dinner parties and movie-screenings that makes old Hollywood sound like a small town.

“As the wife and then the widow of the fabled screenwriter and producer Jerry Wald (who received four Oscar nominations; was given the Irving G. Thalberg Memorial Award in 1949; and produced the Academy Awards shows in 1957 and 1958), Mrs. Wald has been a Hollywood fixture. A notably chic (she is a perennial on the International Best-Dressed List) and enduring emblem of its Golden Age, she is a hostess celebrated for her home cooking (roast chicken and chocolate roll). A good-humored survivor at the age of 95, Mrs. Wald is still automatically included among the guests at any A-list party.”

I'm an award-winning journalist in Harrisburg, Pa. I also run and cook all the things.
View all posts by jlmicek →
This entry was posted in Box Office Tallies, Film News, Golden Age of Cinema and tagged Act of Valor, Arietty, Audrey Hepburn, Box Office Receipts, Connie Wald, The Academy Awards. Bookmark the permalink.