The Pros and Cons Of A Dr. Who Movie. 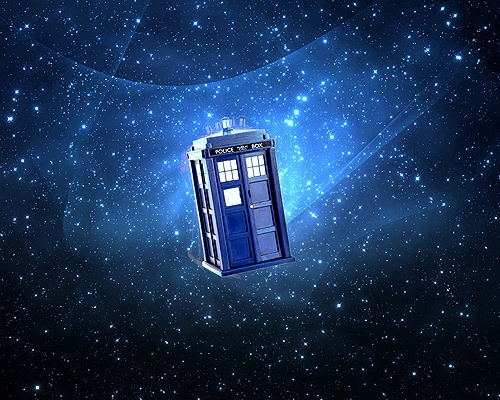 The Good Folks At Empire …
… take a look this morning at the case for and against bringing everyone’s favorite Time Lord to the silver screen.

Among the cons, explaining who the good doctor is to American audiences who may not necessarily be familiar with his exploits. Though well-beloved by nerds, there’s still vast swaths of flyover country who are completely unaware:

“Americans and other aliens may be unfamiliar with Doctor Who, a British TV institution dating back to 1963. It concerns The Doctor (he’s not technically called “Doctor Who,” although the name does inform the first Knock, Knock joke that every child in the British isles learns), an alien survivor of the planet Gallifrey, destroyed aeons ago.

Gallifrey’s inhabitants were known as Time Lords, notable for having two hearts and, oh yes, being able to see through time and build machines to travel through it. One such machine was the TARDIS (Time And Relative Dimension In Space), an old model machine that the Doctor stole / was stolen by shortly before the utter destruction of Gallifrey in its war with the deadly Daleks. The TARDIS’ camoflague system looks like a 1960s police box, or a blue telephone box. Since then, he’s wandered through space, using his vast intelligence, a series of plucky human sidekicks, a “sonic screwdriver” and absolutely no guns to keep history on the right path and protect humanity, who he regards as extraordinary beings, from all comers.”

I'm an award-winning journalist in Harrisburg, Pa. I also run and cook all the things.
View all posts by jlmicek →
This entry was posted in Sci-Fi and tagged Dr. Who, Dr. Who Movie, Empire magazine. Bookmark the permalink.