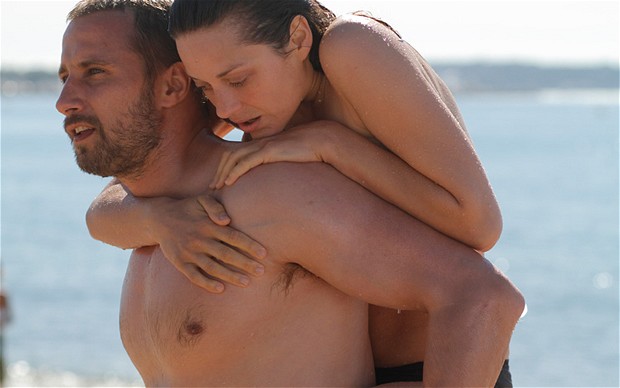 Marion Cotillard stars in :”Rust and Bone,” which had its debut at the 2012 Cannes Film Festival.

As is its custom, the good folks at TotalFilm have another of their classic lists. And this time, it’s their 15 favorite films from the Cannes film festivals.


Coming in at No. 13 is Walter Sales’ adaptation of “On the Road.” I have to admit, I’m seriously geeked for this one. Two of my favorite books (Baz Luhrman’s “Great Gatsby” is the other) are coming to the big screen this year. I’m excited, but also filled with dread. I hope they’ll live up to the massive expectations put on them.


At No. 6, it’s the Marion Cotillard-starring “Rust and Bone” and at No. 1, it’s “Amour,” which is considered the favorite to win the Palme d’Or this year.

I'm an award-winning journalist in Harrisburg, Pa. I also run and cook all the things.
View all posts by jlmicek →
This entry was posted in drama, Film News and tagged 2012 Cannes Film Festival, Amour, Baz Lurhman, Jack Kerouac, Marion Cotillard, On The Road, Rust and Bone, The Great Gatsby, Walter Sales. Bookmark the permalink.